Common dust sensors (also called PM2.5 sensors) on the market are divided into two categories: infrared dust sensors and laser dust sensors. Whether it is an infrared or laser dust sensor, it can be used to measure the concentration of particulate matter in the air. What is the difference between them? It can be compared from the following aspects:

The structure of the dust sensor based on the infrared principle is relatively simple. The light source is an infrared LED light source. According to the principle of light scattering, the light emitted by the LED meets the dust to generate reflected light. The photosensitive detector detects the light intensity of the reflected light, and judges the dust concentration according to the size of the pulse signal. When no dust is detected, the output of the photosensitive detector is a low pulse; on the contrary, when dust is detected, the output is a high pulse.

Different from the infrared dust sensor, the laser dust sensor has a fan, which can generate a stable air flow. As long as it is turned on, it can quickly obtain the PM2.5 concentration value in the current environment.

Because the laser dust sensor uses laser LED as the light source, its structure and circuit are more sophisticated than the infrared sensor. When the fine particles in the air are pushed into the area where the laser beam is by the constant flow fan, the laser will scatter, so that the photodetector only receives the scattered light, and then generates an electrical signal through the photoelectric effect of the photodetector, which is amplified by the circuit. The fine particle concentration value can be obtained. 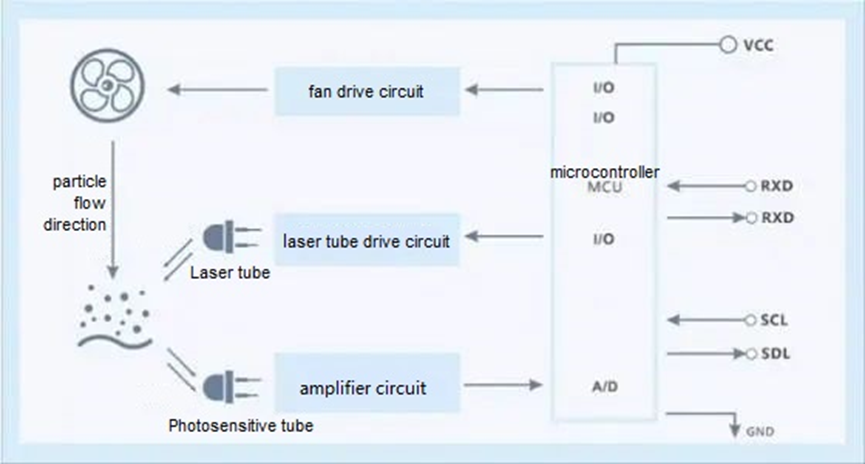 The infrared light source used by the infrared dust sensor has a long wavelength (about 700~900nm), and the measurement accuracy of particles with an aerodynamic diameter smaller than 1um is insufficient. Because the particle signal of infrared LED light scattering is weak, it only has a relatively obvious response to large particles larger than 1um, and only the heating resistor is used to drive the sampling airflow, the number of samples is small, and the measurement accuracy is about ±30%.

The laser sensor can detect dust particles as small as 0.3um. Because it comes with a higher-performance MCU, it uses a constant-speed fan to increase the air intake and collect higher-density data. The overall measurement accuracy can reach ±10%. Therefore, the laser dust sensor has obvious advantages in measurement accuracy compared with the infrared dust sensor in sensitivity, accuracy and consistency.

Due to the lack of accuracy, the infrared principle sensor is mainly used for industrial and mining dust, and the detection object is dust with large particle size and high concentration, which cannot accurately measure the concentration of PM2.5. 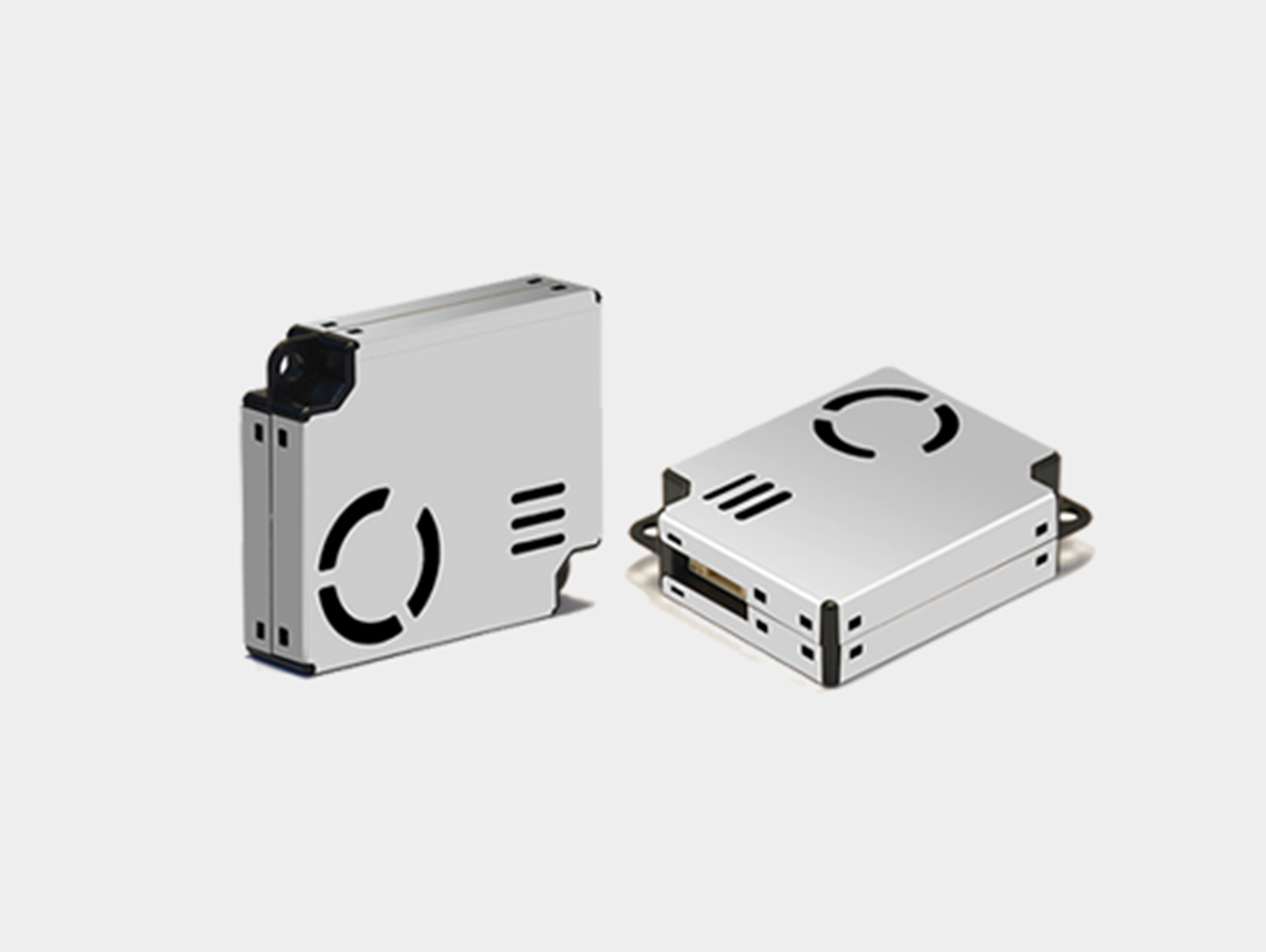 The laser dust sensor of Winsen Technology is divided into ZH03 series, ZH06 series, ZH07 and ZH08 according to different fans and different air inlets and outlets. It is widely used in dust detectors, purifiers, fresh air systems, smart homes, air conditioners and other fields.