The respiratory system is a very important life support system for the human body. The gas flow sensor, which is a key component for monitoring airflow velocity parameters, has been widely used in ventilators and plays an important role. From hospital bed oxygen supply, floor pipeline oxygen supply to oxygen generators, ventilators, anesthesia machines and other medical equipment needs the support of flow sensors.

A ventilator is a device that can change, control or replace human normal physiological breathing, improve respiratory function, increase pulmonary ventilation, reduce respiratory work consumption, and save heart reserve energy. It can play an important role in preventing and treating respiratory failure, reducing complications, saving and prolonging the life of patients.It has been widely used in the treatment of respiratory failure caused by various reasons, anesthesia and respiratory management during major surgery, respiratory support treatment and emergency resuscitation. 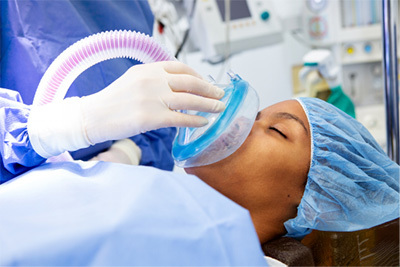 Anesthesia machines are designed to deliver anesthetic to patients to relieve pain and other discomfort. Continuous anesthesia machines can continuously supply correct medical gases (such as air, oxygen, nitrous oxide) and anesthetic vapors (such as isoflurane) with accurate concentrations, and deliver these mixed gases to patients at appropriate pressure and flow rate.

The gas flow sensor can measure the flow of air, oxygen and nitrous oxide, so that the gas composition supplied to the patient is appropriate, the mixed gas delivered to the patient can be measured by the flow sensor and displayed on the screen of the anesthesia machine to meet the standards set by the doctor.

What Are the Precautions for Manual Soldering of Semiconductor Sensors?

Can Wave Soldering Be Used for Semiconductor Sensors?