Mining safety: how to monitor harmful gases in mines?

According to different on-site environments, gas detection should choose the corresponding gas alarm and gas detector.

Mainly methods for gas detection in the coal mining industry:

Mainly use electrochemical gas sensors, which can measure various toxic gases and oxygen. Infrared sensors and ultraviolet sensors are also gradually applied in the detection of special toxic gases. 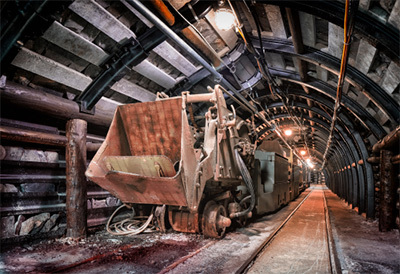 Mine harmful gas refers to the gas in the mine that is harmful to human body. Mainly includes CO,CO2,H2S,SO, ammonia, etc. and explosive gases such as biogas (methane), hydrogen and methane homologues (ethane, propane, etc.). The main component of harmful gas in coal mines is biogas.

The maximum allowable concentration of carbon monoxide (CO) is 24ppm

The maximum allowable concentration of hydrogen sulfide (H2S) is 6.6ppm

The maximum allowable concentration of nitrogen dioxide (NO2) is 2.5ppm

The maximum allowable concentration of sulfur dioxide (SO2) is 5ppm

The maximum allowable concentration of ammonia (NH3) is 40ppm

Main sources: Hydrogen gas can be released when the underground battery is charged; gushing from some moderately metamorphic coal seams.

Main hazards: When the hydrogen concentration in the air is 4-74%, there is a danger of explosion.

ZE03 is a general-purpose and high-performance electrochemical module. It uses three electrodes, electrochemical gas sensor and high-performance micro-processor. By installing different gas sensor, the module could detect relevant gas. It is with built-in temperature sensor to make temperature compensation, which makes it could detect the gas concentration accurately. It has the digital output and analog voltage output at the same time which facilities the usage and calibration and shorten the development period. It is a combination of mature electrochemical detection principle and sophisticated circuit design, to meet customers’ different detection needs.

MC113/MC113C adopts catalytic combustion principle, and its two arms of electric bridge consists of a test element and a compensate element. The resistance of the test element rises once it meets the combustible gases, in the same time, the output voltage of the bridge changes and the voltage variation rises in direct proportion to the gas concentration. The compensate element, as a conference, has the function of compensating temperature and humidity.

What is the Service Life of Mq Series Sensors?

Usually, the life span is about ten years, and the actual application is related to the use environment and method of use.
Read More >>

Why Does the Sensitivity of the Semiconductor Sensor Reduce During Use?

There are five main reasons: 1) Organosilicon, sulfide, phosphide, chlorine (fluorine) compound, alkali metal, etc. will poison the sensor; 2) The power supply voltage of the sensor has changed; 3) The sensor has been used for too long (Exceeded service life); 4) The test gas concentration is too high; 5) The sensor is subjected to severe vibration or destructive external conditions.
Read More >>